english World’s Most Successful Model | Gisele Bündchen - QP Jewellers Blog
My Bag: 0 Item
There are no items in your shopping bag. 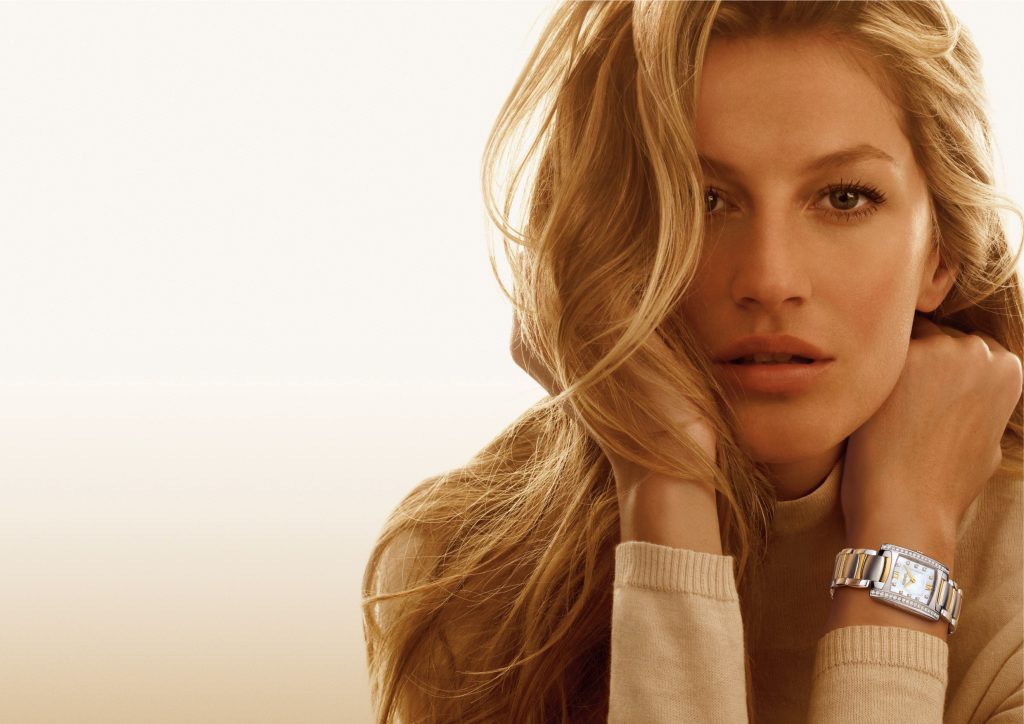 FORBES IS KNOWN for their definitive business lists, which we usually don’t pay much attention to, although this time we happened upon one that we just couldn’t resist.

Her name is Gisele Bündchen, born on 10 July 1980, she is a Brazilian fashion superstar and actress who was recently acknowledged as the World’s Most Successful Model. Last year she was named as the highest-paid model in the world, according to a list compiled by the big business aficionados at Forbes. Admittedly, it was a name we hadn’t heard before, which was odd because the model before her, at number two, had been one of our all-time favourites: Cara Delevingne. So who is this gorgeous superstar and where in the holy ether did she come from?

Well, in the late 1990s Bündchen rode the crest of a breaking wave that hit the shores of America and carried countless Brazilian models into the industry. It was because of Gisele Bundchen’s example that so many of these Brazilian models were able to make names for themselves in the international market. By 1999 Bundchen had Vogue in her back pocket, in fact, they saw her, clamoured and heralded the ‘Return of the Sexy Model’, replacing the emaciated trends of the ‘heroin chic’ era with the arrival of elegant, curvaceous Victoria’s Secret Angels. Then came Bundchen’s ‘horse walk’, introducing a stomping new gait, which had models throwing their knees up and kicking their feet powerfully into the air. Before long, Bundchen was sitting pretty at number 16, in the 2007 World’s Most Successful Models list. In 2014 she was announced as being in the top 100 Most Powerful Woman in the World having earned herself a net worth of $42 million. It was clear that she was a gentle force of nature, enticing our attention as the face of H&M and beating Rihanna to the Chanel deal. She also signed with David Yurman instead of Kate Moss, as well as dating Leonardo DiCaprio and marrying New England Patriots royalty – the quarterback Tom Brady. In the words of Claudia Schiffer and Noami Campbell, she is the last ‘true supermodel’. Now that we know a little about Bündchen we’ve quickly learnt that we love her. We’re also eager to check out her supporting roles in Taxi (2004) and The Devil Wears Prada (2006). Oh, and did we mention that she was the Executive Producer on an environmental cartoon called Gisele & the Green Team.  Still not impressed? Okay. To conclude, this all-round superstar helps to challenge stereotypes by emanating an impeccable inner beauty, representing charities such as Save the Children, Doctors Without Borders and Red Cross, whilst also serving as a Goodwill Ambassador for the United Nations Environment Programme. And they say one woman can’t have it all…