english ‘Wonders Will Never Cease’ | Ninety Years of David Attenborough - QP Jewellers Blog Skip to content
My Bag: 0 Item
There are no items in your shopping bag. 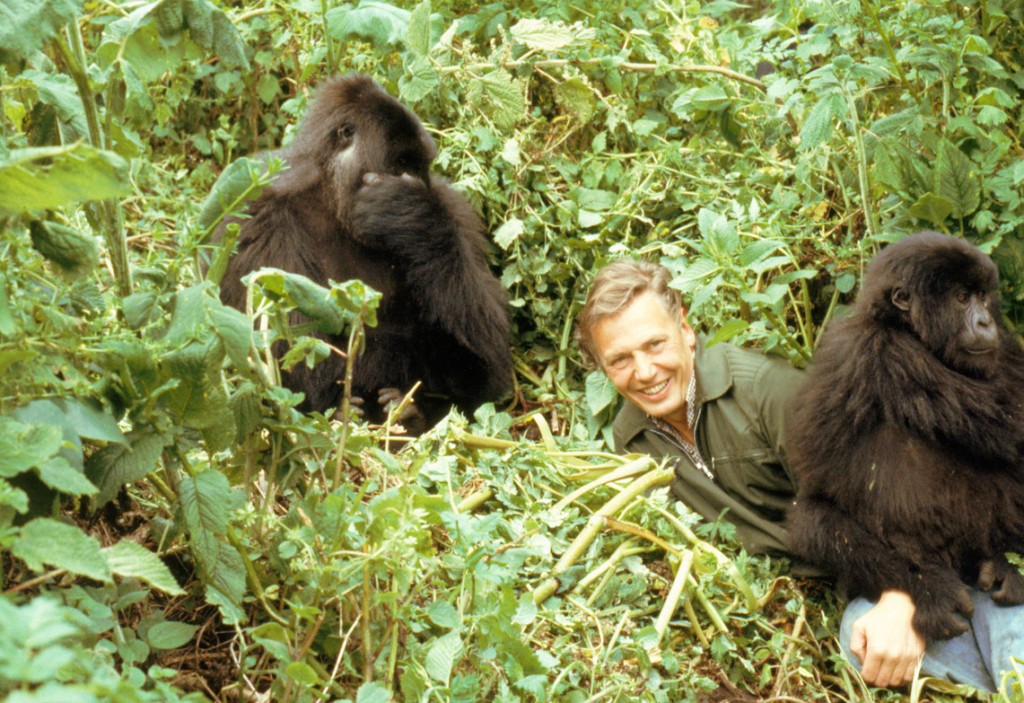 ON THE 8TH MAY, this year (2016), the world’s best known champion of the natural world, David Attenborough, will celebrate his 90th birthday.

Throughout his career we’ve watched Attenborough travel to many far-flung regions of our blue planet and all the while his great stores of energy and wonder have shown no signs whatsoever of diminishing. Looking back on his career, it seems as though he has validated the supposition that deep vitality can be gained from enjoying the natural world and experiencing it first-hand. In celebration of his momentous birthday, the BBC, Attenborough’s long term broadcasting companion, has scheduled a program to reflect on his endeavours. It’s also a chance for him to look ahead and predict what being 90 will mean for the man who never lost his inner-child.

So, how else is Attenborough preparing to mark this milestone: a comfortable nap beside a fireplace, perhaps – or maybe a spot of prolonged gardening and a gradual disappearance into bumbling privacy? Well, we won’t assume that he’ll deny himself the comforts of the elderly, but we can say that this year he seems to have no intentions of slowing down. Already Attenborough has announced the release of a rich new series of programmes, whilst continuing to shun the retirement he swore he’d take at the age of 80. Suffice it to say that – a decade after making that promise – Attenborough is still very much in the business of bringing the wild into our homes.

‘…I took the one less travelled by, And that has made all the difference.’

– Robert Frost, ‘The Road Not Taken’ A Life of Adventure

We’re very much looking forward to watching Attenborough’s life unfold – it’s sure to have been quite a ride and will no doubt make for some very compelling viewing. We know a little of his story already from the various times he’s been cast-off to BBC Radio’s proverbial Desert Island. We know he was the son of a ‘formidable’ father, a suffragist mother and also brother to a lively actor and politician, Richard, perhaps best known for ‘spar[ing] no expenses’ when he invited us all into the prehistoric nightmare of Jurassic Park.

Expect to be taken back to Attenborough’s early work on the series Zoo Quest, when he started out with nothing but a degree in Zoology and many bold aspirations, like one day climbing Everest, which he recently described as being ‘the only thing a red-blooded Englishman should do’. In this series, shot way back in 1954, Attenborough followed and filmed a collecting team employed by London Zoo. It was the first time he’d left Europe in his life, thrown suddenly into the humid forest labyrinths of Tangier, Africa. The rest is, of course, TV history – from Life on Earth and Living Planet to Life and Planet Earth. There’s plenty of astonishing footage to delve into. Hopefully we’ll see glimpses of his adventures with chimps in Sierra Leone, as well as his various meetings with the komodo dragons of Indonesia, armadillos in Paraguay, ring-tailed lemurs in Madagascar and giant earthworms in Australia.

At the same time these next few programmes will give us new insight into one of our most beloved naturalists. We suspect that we will see a man who belonged to a generation of fearless explorers. Those wild individuals who dove into a much more unfamiliar world, without the luxuries afforded by modern technology, when you actually had to leave the dim digital glow of your TV to come into contact with visceral wonder.   Finally, from what we’ve seen of his work so far, we suspect that Attenborough will be revealed as a proponent of Robert Frost’s timeless thought, put forward in his poem ‘The Road Not Taken’: ‘I took the one less travelled by, And that has made all the difference.’ The first of Attenborough’s new 2016 programmes, ‘Inspiring Attenborough: Sir David at 90’, sounds like a reflection on his broadcasting career. Looking back on the early years of his reportage, and no doubt meandering through his time as a controller of BBC2, this programme will provide an overview of his career, as well as anecdotal insight into the wild happenings behind camera. The event will be hosted by another elegant giant of British Broadcasting, the Desert Island Discs presenter, Kirsty Young, and held in front of a live studio audience. It’s a one-hour special organised by BBC’s world-renowned natural history unit. In terms of subject, it looks like the show will cover Attenborough’s early work in the ‘50s and run right up to the present day, including his recent adventure to see the dying coral of the Great Barrier Reef, as well as previewing his upcoming New Year jaunt with colossal dinosaurs in ‘Waking Giants’.

Attenborough’s next programme, ‘Light On Earth’, is going to focus on bioluminescence, one of Mother Nature’s most enchanting tricks. From what we know so far we’re going to see plenty of glow worms, fireflies and luminous plankton. They’re using a selection of advanced ultra-sensitive cameras, deep sea submersibles and digging equipment to venture into the depths of the Earth, searching for these otherworldly light displays. Supposedly the natural ability to conjure light is far more common than we thought.

When Attenborough appeared on Desert Island Discs Kristy Young introduced him and then remarked: “It must be true mustn’t it – and it’s quite a staggering thought – that you have seen more of the world than anyone else who has ever lived.”

Without missing a beat Attenborough responded by saying that Charles Darwin – who he implied was a far greater and more important naturalist – had spent only four years embedded in the natural world, having ridden in the Beagle from blustery Plymouth Sound, across the Atlantic, through the far-out Sargasso Sea swells, to the remote Galapagos Islands. The rest of his life, Attenborough added, was committed to contemplation.

While it’s true that Attenborough hasn’t given us anything quite as revolutionary as the Theory of Evolution, he has helped us to remember where we came from and the irreparable damage we are doing to our home. Today he is a man whose name is synonymous with wonder – a man who never neglects to redirect any admiration he receives and who always draws attention to the intrepid teams that film the wildlife shows that bear his name. In doing so he seems to pass the baton on, whilst celebrating those who continue the work he dedicated so much of his youth to.

“It must be true mustn’t it – and it’s quite a staggering thought – that you have seen more of the world than anyone else who has ever lived.”

The last thing we want to mention is a recent interview that took place on Attenborough’s last birthday, between himself and the President of the United States, Barack Obama (we’ve included the link below in case you haven’t seen it).

It’s a meeting of two hugely influential individuals, from which one can pluck all kinds of interesting nuggets about American climate policy and the obstacles of climate change, but what was most enjoyable to us was the effect that Attenborough had on the President. At first Obama seems slightly jaded, talking with his usual methodical precision, weighed down, perhaps, by the armour of the world’s most defensive nation. However what happens next, quite suddenly, is his whole aspect is lit up by that infamous velvet voice, which has inspired so much awe and opened up the familiar behaviour of animals to generations of avid wildlife lovers.