english Peridot - The Extraterrestrial August Birthstone - QP Jewellers Blog Skip to content
My Bag: 0 Item
There are no items in your shopping bag. 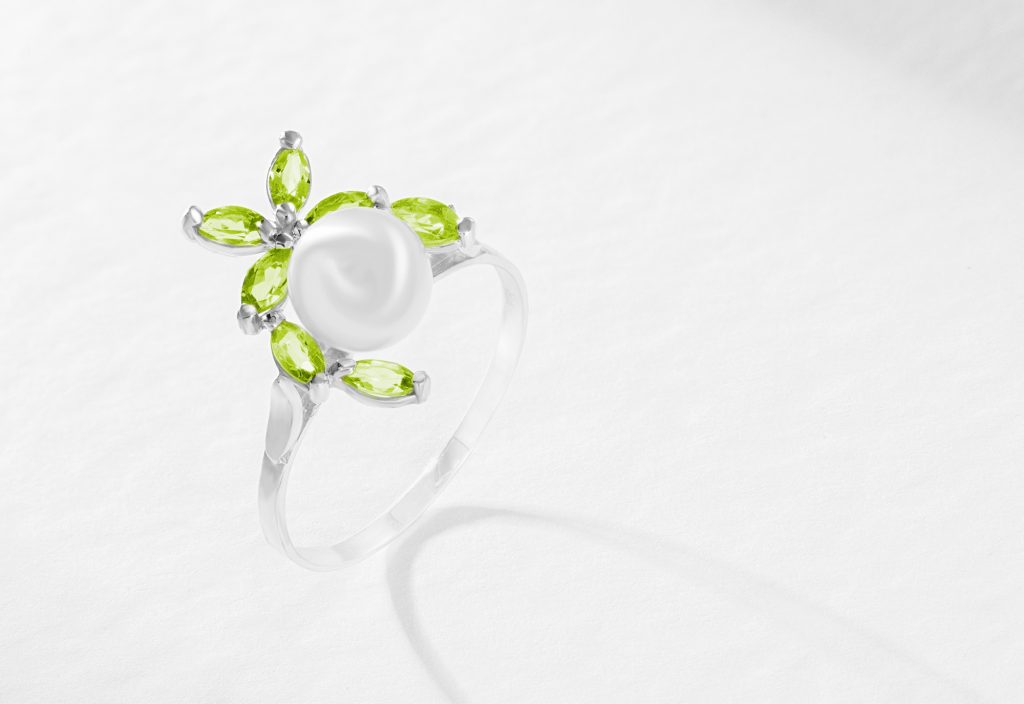 Truly out of this world, August’s birthstone Peridot is perhaps one of the oldest natural gems found on the planet. Discovered in pallasite meteorites dating all the way back to the birth of our solar system, it has also been found in comet dust.

Peridot’s original name was Chrysolite derived from the Ancient Greek word ‘chrysolithos’, meaning ‘golden stone’. While the origins of this golden glow may be unclear at first, peridot’s lush green hues also hold a glimmer of gold in its depths. Peridot is in fact one of the few gems in the world that only occurs in one colour, its signature green.

Where does peridot come from?

Peridot can be found in the Earth’s upper mantle, within lava deposits or at meteorite crash sites. Mined across the world in locations including the USA, Tanzania, Kenya, South Africa and Norway, it was in fact an island in the Red Sea named Zabargard where peridot was first discovered by the Ancient Egyptians.

The Egyptian’s named this stone “the gem of the sun” and believed that it would protect its owner from evil spirits in the night, in fact some historians believe that Cleopatra’s famous collection of emeralds may have actually been a selection of peridot.

What does peridot represent?

As the gem of light, peridot is believed to ward off evil spirits in the night making it an essential good luck gem. It also symbolises clear thinking and a good heart and is believed to be a gift from Mother Nature.

How to wear peridot

Peridot is best worn with neutral clothing such as black, white or navy as it adds a subtle touch of colour. Opt for a simple design for a classic look that can be worn day or night to achieve effortless sophistication.

Don’t be afraid to wear this olive toned stone with complementary colours such as blue or pink. Statement pieces offer lots of options like dazzling blue topaz, chic pearl and zesty citrine.