english Pearl Hunting In Bora Bora - QP Jewellers Blog Skip to content
My Bag: 0 Item
There are no items in your shopping bag. 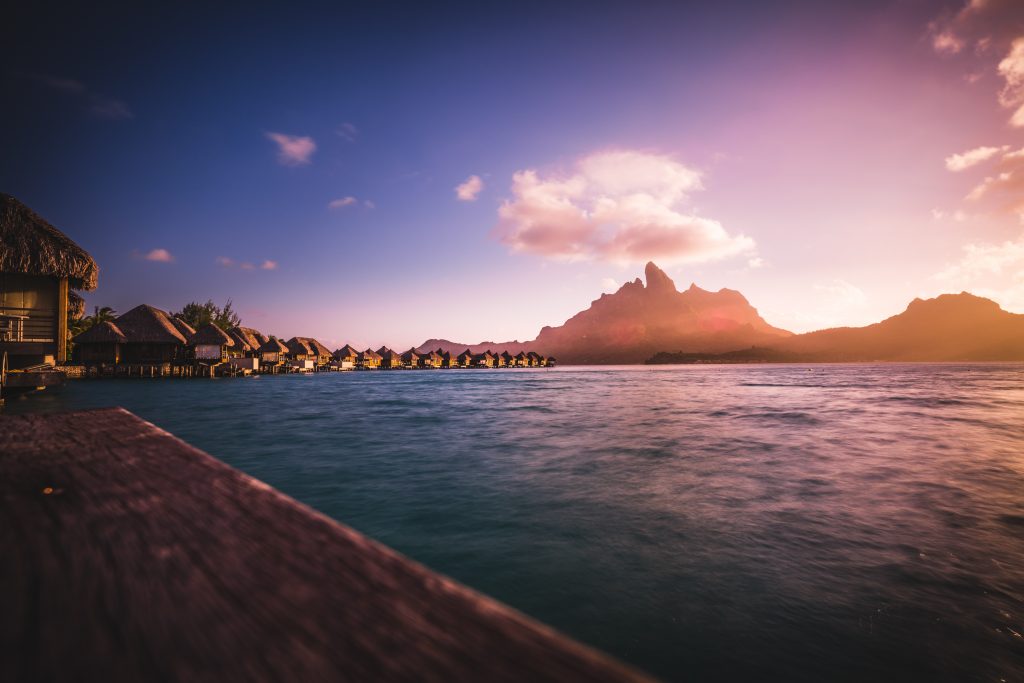 PEARL FARMING began in Tahiti around 1966, but it didn’t really take off until Erwin Christensen opened a locally cultivated black pearl boutique on the island – that was the first loose pebble that started the avalanche. Eleven years later Erwin’s daughter, Teya, showed a keen interest in marine biology and jewellery design, which encouraged her dad to pursue pearl hunting more fervently. Inspired by his daughter, Erwin built The Farm, a place where travellers could experience pearl diving firsthand.

For many years thereafter The Farm has been advertised as a place for visitors to become treasure hunters and dive for their own pearls. Tours have become increasingly more and more popular, not least because The Farm takes an educational approach, explaining how the pearls are grown, using the introduction of a foreign substance, namely a round piece of oyster shell, plucked from the Mississippi River, which is then introduced to their special black-lipped oysters. As it happens this is the only nucleus that these picky oysters will accept. The next stage of the tour takes visitors through each stage of the birth process, from the creation of the pearl to the extraction and decoration. Overall this operation lasts approximately two years and is slowed by a period of meticulous refinement. In the end, only three of every one-hundred black pearls will be considered good enough to be called flawless. We say ‘black’ pearls, but, in truth, they are plucked from the oysters in five different colours, including blue, green and gold. Once the pearl has been removed it is judged based on its lustre and the reflective quality of its surface. This is the key to deciding how much it will be worth. To the untrained eye The Farm might look like a little, thatched village draped in verdant foliage, but, on the inside, it’s a kind of scientific centre. Several oysters are tied to a line and attached to the seabed under the rickety jetty. These lines are then tied around oysters and used to show visitors. Above water, the owners keep a wooden bowl filled with black pearls and decorated with a pink lotus flower. The whole place is left open and calmed by the perennial sound of gentle waves lapping against the shore, creating an atmosphere of peaceful tranquillity, such as one might expect from a monastery.

There is no need for security here – no possibility of any smash ‘n’ grab raids or unwelcome guests. The wooden barriers are wrapped in netting with buoys dangling between the struts. But what’s perhaps most appealing about this venue is the gorgeous turquoise lagoon behind it. Once the tour is done guests are given a chance to swim into this lukewarm water wearing masks and snorkels. Along the way, you’re likely to encounter rays and myriad tropical fish. Then you’ll reach one of four farming sections spread across the lagoon. The individual sections have around twenty-two lines with four to six oysters per line, each anchored by a long length of rope leading down to the unseen seabed. Once they reach these lines guests are given the opportunity to dive down and unhook their very own oyster from a line of their choosing. After they’ve retrieved their prize they can bring it up and see what’s inside. Just remember to take a deep breath, it’s a long way from the twenty-foot free dives of the early 19th Century, but it’s still pretty deep.

The experience ends back at the on-site shop, where visitors can watch the process of harvesting the pearls. This involves a clamp being placed around the oysters, keeping them in a vice-like grip. Then they are pried open, just enough to squeeze the finished gem out from inside. You’ll find that the pearls emerge in an array of shapes and sizes – some are even egg-shaped. The last thing you have to do is make your pearl into a unique piece of jewellery. Finally, the jewellers will drill a hole through your pearl so that you can run a string through it and create a little chic necklace or bracelet. So now you know there’s a place where amateur gemstone hunters can earn their first stripes.