english A Healthy Dose of Monday Motivation - QP Jewellers Blog Skip to content
My Bag: 0 Item
There are no items in your shopping bag. 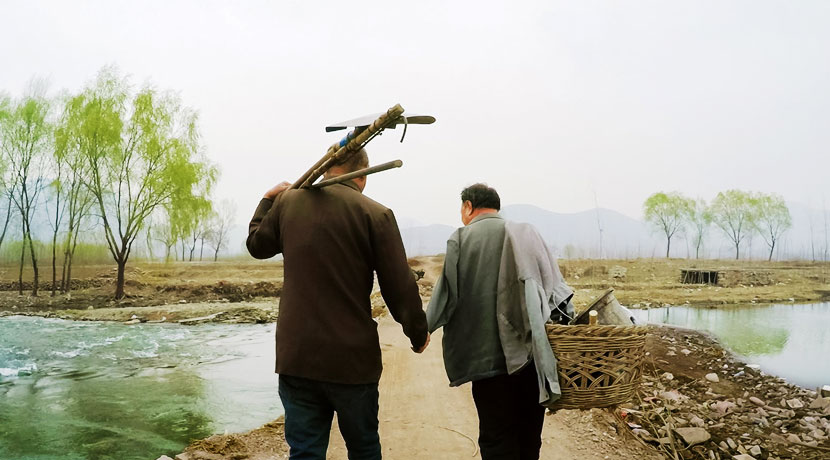 A Healthy Dose of Monday Motivation

WE’RE SURE YOU’VE ALL HAD THAT FEELING when you wake up on a Monday morning, take a look in the mirror and feel a pang of dread for the day ahead.

Sometimes it feels like the world has conspired against you, planted you in an unfulfilling job, scrunched the meaning of life up into a little ball and thrown it out the window, to your arch nemesis. Or maybe it doesn’t get that bad for you – maybe you’re a little more upbeat. Either way, we wanted to give you a little push this morning.

It’s probably true that most of us don’t know how lucky we are. Here’s three stories told in videos posted by the mighty GoPro via their popular YouTube channel. One is about a blind man and his armless best friend who plant forests, another is about a diver who turns one of the world’s most feared apex predators into a playmate – the third and final story isn’t a story at all really, but it’s pretty damn cool, so please forgive us for sneaking it in. We hope that these videos will move you and encourage you to take this day in your stride. No matter how hard it is to lift your head off that pillow, just remember – the human spirit was made strong and love makes us limitless.

Deep in the hinterland of rural China there are two close friends – one is blind while the other lost both his arms when he touched a power line. They are childhood friends, like their fathers before them. In fact, when they were both overcome by the severity of their injuries, they pulled each other back from the brink and instead of abandoning hope, they opted to plant forests instead. Understanding that trees are also air purifiers, the two friends set about planting trees to reclaim the natural beauty that they’d witnessed withering around them.

Reflecting on the gradual changes in their environment, the armless friend said:

Take a look at the sky now. It’s grey every day.

They both remember a time when the environment was cleaner and fish and shrimp swam in the water. More recently they have seen the birds disappear and where once there were forested mountains there are now arid wastelands and quarries spewing industrial pollution and clouds of dust that contaminate the water, disrupting the ecosystem and wiping out the fish and shrimp. The friends express how they have always loved trees and nature and, also, they wanted to do something so as to be of use in society. After all, as the armless friend says, “being alive means having a purpose.”

Overcoming their physical challenges, the armless man and his blind best friend decided to take action, nurturing a forest of more than 10,000 trees and creating an entire island, devoted to the reclamation of greenery and nature.

In the end, the village director granted the two friends an area of 100 acres, allowing them to go on planting. The armless friend stated that though they were limited physically, they both understood that the human spirit is ‘limitless’. That is why two seemingly debilitated individuals have been able to grow an entire forest – their legacy, which is there to be enjoyed by unborn generations to come.

Swimming With A ‘Monster’

Okay, so this might not inspire you to dive into the water and grab a shark fin, but it is fascinating seeing how one woman’s bravery can dispells decades of bad shark stereotypes. In this video we see how fearless (and appropriately named) freediver, Ocean Ramsey, has delved into the most terrifying aspects of the natural world, namely the territory of a razor-toothed apex predator. Enjoy the slow seconds she shares with this hulking Great White Shark and remember that limits are confessions. Whatever it is you have to do with your monday at work, it can’t be as unnerving as the preparations Ocean Ramsey had to go through, before she plunged into the water.

For more information about sharks and conservation, check out: www.waterinspired.com

Again, this might not inspire you to gather your friends and jump out a plane, but watching 138 people breaking the Vertical Skydiving World Record can’t be bad for the Monday Blues, right? Here’s a shining example of what the human species is capable of, beyond getting out of bed on the first day of a new week. Watch these parachute-clad adrenaline junkies as they converge to form a stunning snowflake formation, braving speeds of up to 220 mph, and remember – you are equipped with great powers of perseverance, simply by virtue of being human.

For us, this is a great video to watch with your first steaming mug of coffee. Like the annual People Are Awesome montages, this death-defying stunt serves as evidence of just how fearless some people are. In fact, scratch that – not just some people, but at least 138 of them.

If you enjoyed any of these GoPro videos, please let us know in the comments section below. And, if you have a favourite, don’t hesitate to share it with us. We always love to hear your remarks…