english Introducing… the Jane Seymour Ring - QP Jewellers Blog Skip to content
My Bag: 0 Item
There are no items in your shopping bag. 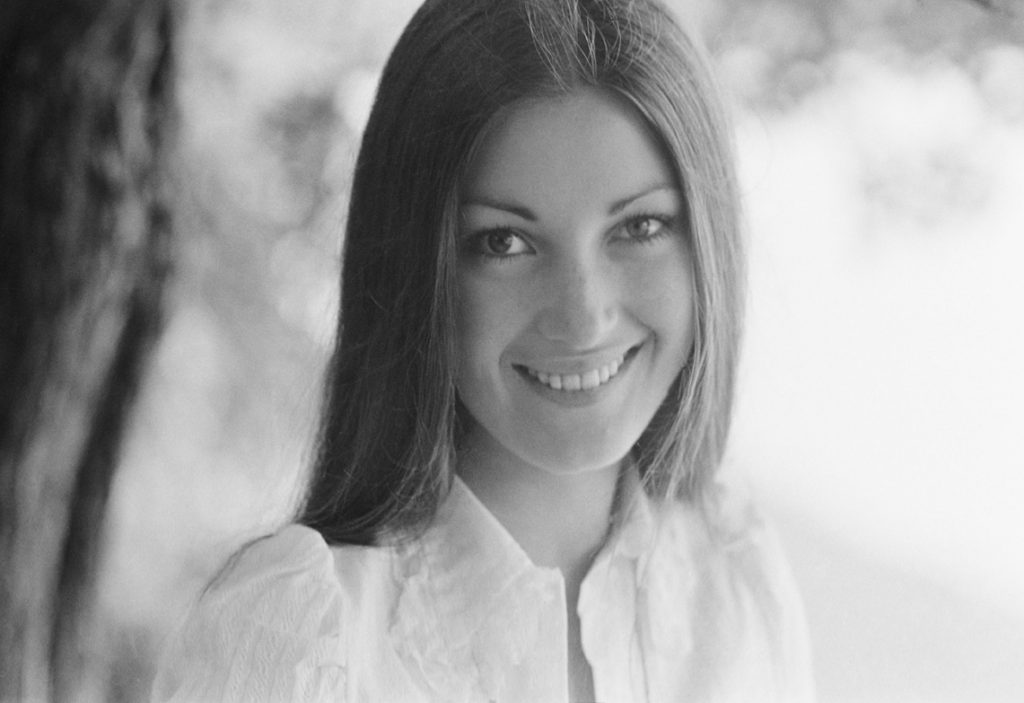 Have you ever seen anything so dazzling? Created as a tribute to a star, this Fancy Vivid Blue Diamond Ring doubles as a talisman, conveying the sensuous and sensitive power of former Bond girl and bohemian muse: Jane Seymour.

Of course, Jane Seymour was always so much more than a distressed damsel in need of aid from London’s greatest spy. When she grew older she received the honour of being named an Officer of the Order of the British Empire, as well as being a worldly actress, producer, philanthropist and painter. With such a variety of skills, it seemed only too fitting that a singular piece of art be made to honour her achievements. Let’s not forget that she once played Queen Marie-Antoinette in La Révolution Française and Winston Churchill’s lover. Consequently, she is also an Emmy winner, with two Golden Globes and a coveted star on Hollywood’s Walk of Fame. It seemed to make sense that a piece of jewellery should exist to replicate Seymour’s untamed spirit, possessing a hypnotic quality and serene, blue effusion almost as beautiful as the actress herself. “The invitation to behold this creation would rather you not compare The Jane Seymour to anything else in the high jewellery world. It is a celebratory treat, more comparable to a mega-yacht or a ticket to the moon.” – Karan Tilani, Director of World of Diamonds Group

When it was plucked from earth in its rough state, the Diamond centrepiece was notably not symmetrical. However, it’s structure, size and effusion were instantly unique. A slight nuance in colouration or integrity would’ve yielded an entirely different stone – but this treasure was perfect, wrapped in its subtle imperfections. Then, using refined techniques passed down through generations, artisans were able to coax an effervescent glimmer out of the gemstone over a period of many years. Lots of expert work and planning when into the shaping and polishing of this rough stone, so that, finally, a cushion-cut 2.08 carat Diamond could be revealed with perfect proportions and a piercing body colour, reminiscent of constellations trailed across the night’s sky. Now, this treasure can be counted amongst the plethora of other valuable objects and great performances that constitute Jane Seymour’s living legacy. All the better that this particular piece is set in Platinum, handcrafted and placed in a leather treasure chest, signed “W.O.D Genève”, which Stands for the World of Diamonds group. You might not know who they are – supposedly they sold the world’s most expensive perfume collection in Singapore, in 2015. As it happens, they also know a thing or two about fine diamond jewellery. With the mysterious aura of a bohemian guru and the poise of a ballerina, this once aspiring dancer, now acclaimed actress, has  a number of joint ventures with some of leading maisons in Europe and America. Now, this high jewellery creation, courtesy of the largest privately held   mining company in the world, adds another slice of icing to Seymour’s proverbial cake – a masterpiece, adorned with a slightly saturated/slightly asymmetrical blue Diamond that could easily fetch over 2 million dollars in one of Sotheby’s or Christie’s prestigious auctions. Perhaps this will offer others a glimpse of the glittering fantasy that she, and other stars like her, so passionately pursue:

“Even though I make those movies, I find myself wishing that more of those magic moments could happen in real life.” – Jane Seymour