english From Shells To Precious Stones | The History of Wearable Art (Part Two) - QP Jewellers Blog Skip to content
My Bag: 0 Item
There are no items in your shopping bag. 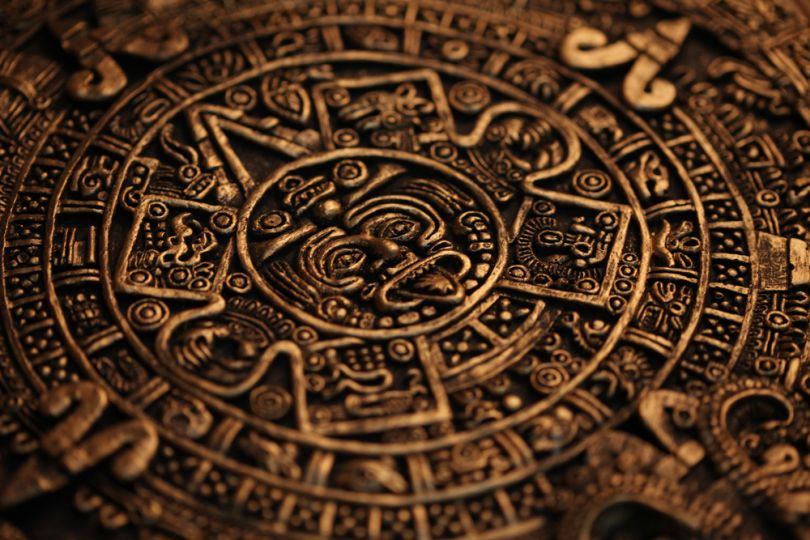 Gold in the Americas

THE MOST WIDELY-KNOWN example of historical avarice is the invasion of the Spanish conquistadors, who, like the rest of wealthy Western Europe, ravaged the primitive New World, during the somewhat insularly-named ‘Age of Discovery’. When those huge warships arrived in the lukewarm waters of the Americas it must’ve seemed inevitable that they would attempt to seize vast quantities of Gold, hidden deep within the steamy jungles. At that time jewellery making had existed in the Americas for some 3500 years and was popular across Central and South America, where plentiful stores of Gold had already been uncovered. The people living in the Americas at that time were divided into scattered tribes, including the Aztecs, Mixtecs, Mayans and Andean cultures, as well as the nomadic Mochica of Peru, who were famed for producing some of the most unique jewellery in the region. These tribes mostly enjoyed a subsistent lifestyle in low huts with shorn wood roofs thatched with palm fronds. They often slept in hammocks and survived by learning to exploit the bountiful fruits of the rainforest. However, far from being an unintelligent people, they also built huge stepped pyramids that jutted above the sprawling canopy. Today the ruins of their civilisations are preserved, patterned with beautiful geometric designs and decorated with stone sculptures and vivid narrative panels.

Of course the South and Central American tribes often worked with bone, especially for their weaponry, as well as trading and collecting colourful beads. However they were also masters of manipulating precious metals and, in fact, the Mochica were recognised for their masterful Gold-work. This wasn’t just rudimentary metalwork mind you; they were able to craft complex pieces of fine jewellery, sophisticated in its design and often with bright inlays of Turquoise, Mother of Pearl, Spondylus Shell and Amethyst. It was a refined practice that was very popular amongst the other tribes. Nose and ear ornaments became very popular and so did chest plates and whistles, which later became symbolic of native Peruvian culture.

Of all the scattered tribes that populated the tropical Americas the Aztecs were perhaps the most advanced. Their nobility wore decorative Gold jewellery and headdresses as a symbol of their rank, power and wealth. In the Aztec Empire jewellery was often worn in excess; the more jewellery the wearer had the more noble they were presumed to be. Jewellery was soon synonymous with prestige and essentially it became part of a costume, which, in some cases, would be decorated with feathers plucked from hapless Quetzal birds. Emperors and High Priests would make grand appearances draped in jewellery in order to affirm their position above their subjects. Gold was undoubtedly the favoured material in Aztec jewellery, as well as the Chinese favourite Jade and also Turquoise. In addition to the role it played in the affirmation of status the Aztecs used jewellery during the sacrifices they made to appease the Gods. High Priests would stand on a ceremonial platform accented by carved sculptures, overlooking the central plaza. They would then draw a gem-encrusted dagger and provide the thirsty Gods with frequent helpings of animal slaughter. Another of these ancient American civilisations was the aforementioned Mayans. At the zenith of their culture the Maya people were capable of creating the finest jewellery using a range of precious materials including Jade, Gold, Silver, Bronze and Copper. In earlier times, before they learnt to work with precious metals, their jewellery was simply carved from bone or stone. The Maya designs then evolved in a way not dissimilar to those of the Aztecs. They too favoured lavish headdresses and excessive collections of jewellery. They also collected and traded precious gems across the Maya region.

The Tribes of the Pacific

Jewellery making occurred much later in the Pacific due to the vast swathes of ocean that separated the many archipelagos. Another, less obvious factor, was probably the time it took for the first pre-Columbian seafarers to cross the Pacific to Polynesia, where they settled. Consequently collections of early pacific jewellery consist mostly of bone, wood, and other natural pieces. It is widely believed that most of these pieces had masculine connotations and were used as symbols of either fertility or power. Interestingly most Pacific jewellery was worn above the shoulders in the form of headdresses, necklaces or hair pins. Some of the isolated Pacific cultures, such as the inhabitants of the far-flung islands of Papua New Guinea, took to wearing certain pieces to signify the murder of an enemy. It was the tribal equivalent of the inky tear tattoos that mark the cheeks of some American prisoners. Boar bones were also popular and commonly worn slid through the septum like a bull. Examples of body modification were found throughout the Pacific and, indeed, the rest of the world. Padaung women in Myanmar, Burma, are amongst the many women who wear golden rings around their necks. From as young as five years old girls will be forced to put on their first neck ring. Over time more of these heavy rings would be added until the neck became stretched. Sometimes their necks would be elongated to as much as 10-15 inches. It wasn’t uncommon for tribal earrings to stretch the wearer’s earlobes and enlarge their ears. Huge round lip plates were also worn by the African Mursi and Sara, leaving their lips drooping and maimed.

There is a direct correlation between the arrival of foreign cultures and the development of island jewellery. Even today there are secluded parts of Borneo and Papua New Guinea that are hitherto untraveled by Western nations. This means that a lot of the pieces found in these regions seem simplistic, traditional and unchanged. However other islands were crowded with flocks of Western missionaries and in those cases the common tribal jewellery, which the new arrivals associated with paganism, was often discarded for the more opulent designs of Christianity.

One of the largest continents in the Pacific, Australia, has long been the world’s number one supplier of Opals. This form of silica wasn’t found in Europe and South America until many years thereafter. By the late 19th century the Australian Opal market was booming and Opals fast became the most auspicious stone in the whole of the Pacific. South of Australia there is a partly submerged micro-continent to which New Zealand is connected. In New Zealand there exists an infamous war-like tribe called the Maoris. The Maoris had a near-Spartan culture of proud individualism and personal adornment. Perhaps their most treasured jewellery piece was the greenstone hei-tiki pendant; an almost cartoonish design used widely and always carved by hand whether from bone, pounamu, nephrite or bowenite.

Nowadays you will find a wide variety of jewellery pieces inspired by the ancient traditions of the Pacific islands. There are countless Maori bone-carved pendants and bracelets on market in New Zealand, many of which are modelled on the stylised hei matau fishhooks and other early greenstone designs. This tribal jewellery has now been adopted to indicate the multicultural identity of modern New Zealand. No doubt it also has something to do with the expiation of guilt for those marauding westerners whose ancestors invaded the island. Funnily enough many other tribal styles, including the more outlandish forms of body modification, have affected the design of jewellery across the Western World.

The Rise and Fall of Rome

Wild barbarian tribes like the Celts were nomadic and certainly not averse to acquiring a range of different styles of jewellery. However when the Romans marched across Europe jewellery styles became quite regimented as more and more factions acquired the overbearing Roman designs. Most popular amongst these new Roman items was undoubtedly the brooch, which was used to pin clothing together. The Romans were famed for using a variety of materials taken from the precious resource deposits scattered far and wide across their empire. Amongst these materials was Gold, Bronze and, the Neanderthal’s favourite, Bone. In earlier times they favoured glass beads and freshwater Pearls. Romans also used Emerald and Amber for their more precious pieces, but it wasn’t until around 2000 years ago that they first imported brilliant blue Sri Lankan Sapphires, as well as Indian Diamonds. Being such a widespread and multi-cultural society Rome was able to practice a diverse range of jewellery making techniques. In Roman-occupied England, for example, shards of fossilised wood called jet was taken from the blustery north, near Hadrian’s great, barbarian-stopping wall, and carved into detailed and durable items. Conversely the early Italians favoured crude Gold, which they used to fashion fine clasps, earrings, bracelets, necklaces and large pendants for carrying perfume like a thurible.

In keeping with the Greek superstitions Roman jewellery was widely believed to grant its wearer a kind of mystical power. The Roman upper-echelons would use the pieces they wore to ward off the ever-present threat of the ‘Evil Eye’. While jewellery was an important aspect of Roman fashion it was also subject to certain trends and conventions, such as the fact that women were more likely to adorn themselves with it, whereas men commonly wore nothing but a single finger ring. Of course fashion police have never existed so it wasn’t particularly rare for men to wear rings on every finger, many of which would’ve likely been fitted with an inscribed gem often used with wax to press seals onto important letters. When the great Roman Empire eventually collapsed the diverse and often organic jewellery designs they’d brought into fashion were absorbed by surrounding factions and nations.