english Amethyst | The February Birthstone - QP Jewellers Blog Skip to content
My Bag: 0 Item
There are no items in your shopping bag. 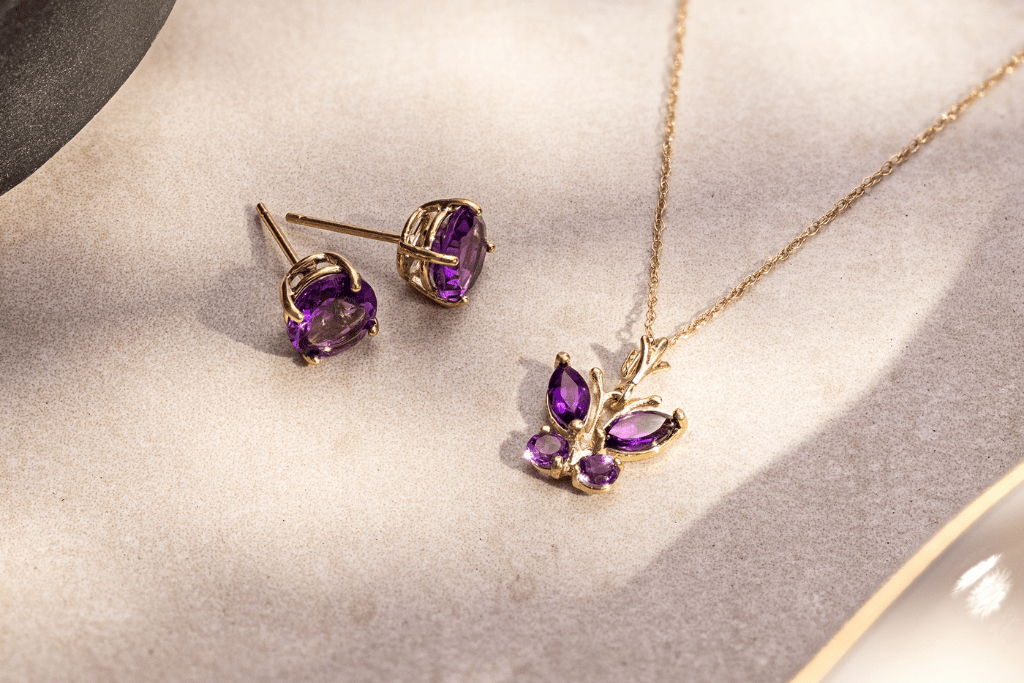 THE FEBRUARY BIRTHSTONE Amethyst is best known for its popular purple hues and prominent crystals. Its name derives from the Ancient Greek word methustos, meaning “intoxicated”. Wearers believed that wearing this gemstone would protect them from intoxication and thus harm.

A royal gem that once ended up in many country’s Crown Jewels, is now readily available thanks to large deposits discovered in South America. Used in personal adornment for over 2000 years, amethyst continues to be a popular choice amongst many spiritual and religious wearers.

Scoring 7 on the Mohs hardness scale, it is a gem that is durable enough to be used in many jewellery settings. Not only is amethyst the February birthstone, it is also used in modern society to celebrate the 6th and 17th wedding anniversaries. 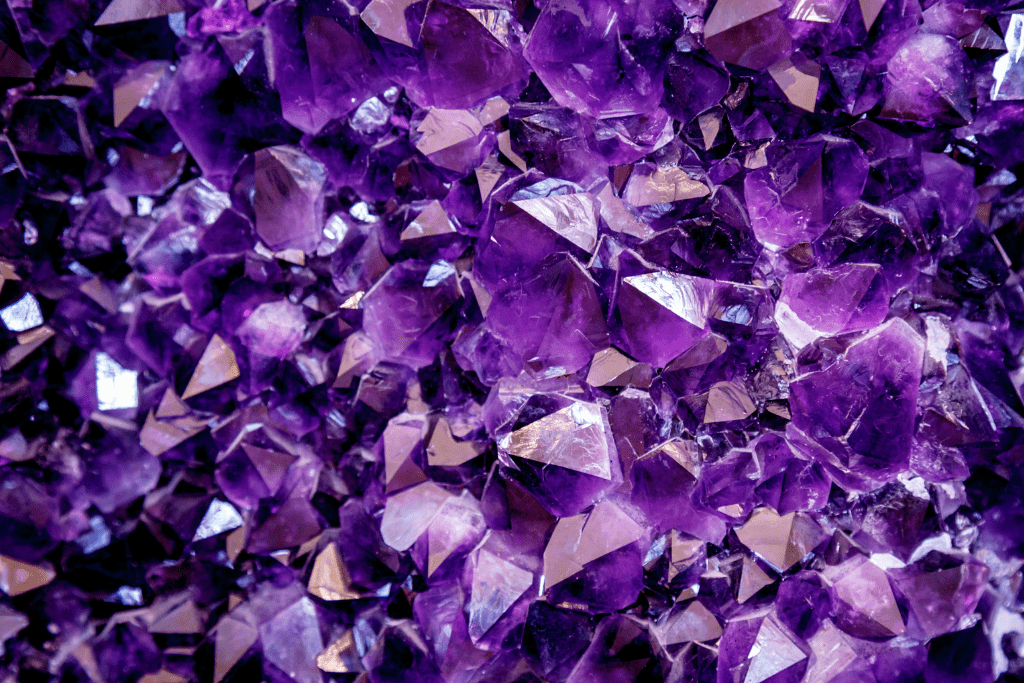 Take a close look at amethysts surface and you’ll see how it’s colour includes a faint lavender centre fringed with dark purple. In its natural crystal form it is often found as protruding clusters of pyramids. Whether its crystals are left unpolished or faceted into magnificent jewels, amethyst is a gem whose natural beauty continues to flourish.

Shop the exclusive range of awe-inspiring amethyst jewellery by QP Jewellers. Perfect for a February birthday.

Prices shown are correct at the time of publication: 31/01/2022. Please note prices are subject to change. 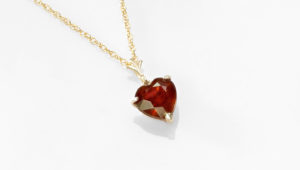 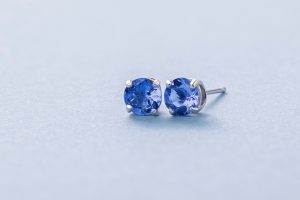 Discover why this September birthstone is one of the UK’s favourite gemstones.